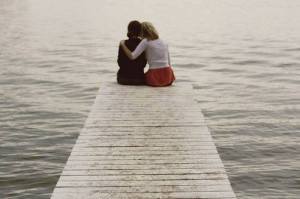 “What if instead of trying to defend our religious rights, Christians concerned themselves with siding with others whose rights are routinely trampled? What if instead of trying to legally make life more difficult for gays, we worried only about how we could affirm their unsurpassable worth in service to them? … What if we just *did* the kingdom?” Greg Boyd, The Myth of a Christian Nation

Sounds a whole lot like Jesus, here. Sounds like what he told us and what he did. He affirmed people’s unsurpassable worth by healing them, chasing away their accusers, dumbfounding their attackers. Jesus loved without stratifying… unless you count the prideful, rule-enforcers… those he wasn’t too lovey-dovey.

Jesus never made the common people’s life harder. He didn’t cite any rules to curtail people’s sin; he gave them life to curtail their death. He said, “Whoever believes in me will do the works I have been doing.” Okay, I am not even sure what he means by that statement — it’s pretty exciting to imagine what he might have meant, how much life that could usher in. But I’ll tell you this: this trying to legally make life more difficult for gays, that is NOT what he meant.

Jesus was full of miracles and power to love others and care for others — the very thing he gave us to do. Nowhere, nowhere does he tell us to use the legal system to make life harder for people in this way.

The kingdom he was talking about was about loving and embracing and being there for each other.

Reminds me of John Wimber saying, “Just do the stuff!”

“Shortly after John Wimber became a Christian, he became a voracious Bible reader. The Scriptures excited him. Finally, after weeks of reading about life-transforming miracles in the Bible and attending boring church services, John asked one of the lay leaders, “When do we get to do the stuff?”

“What stuff?” asked the leader. “You know, the stuff here in the Bible,” said John. “You know, like stuff Jesus did-raising people from the dead, healing the blind and the paralyzed.  You know, that stuff.”

“What we did this morning,” replied the man.  In frustration, John responded: “For that I gave up drugs?”

Like so many of us, John was taught by example that the contemporary Christian life was radically disconnected from the power and awesomeness of the Scriptures.  Throughout the remainder of his ministry, however, he proved that the disconnection was unnecessary.”

What if we just did the kingdom?

What if we would just do the stuff??

Processed with VSCO with c1 preset

“I often get asked by parents for resources that can address the struggles of raising LGBT sons and daughters without having to leave faith behind. Susan Cottrell’s book, 'Mom, I’m Gay', does just that. This is the kind of book that parents will love. No one should ever have to choose between who they are, whom they love and what they believe. Sadly, though, many parents feel caught between their faith and love for their LGBT child. Cottrell helps parents find a way to see their faith as a means of helping them to love better, including loving their children better, no matter their gender identity or sexual orientation. I am very grateful for this book.” – Sharon Groves, PhD, Director, Religion and Faith Program, The Human Rights Campaign